Recency Bias and Your Portfolio 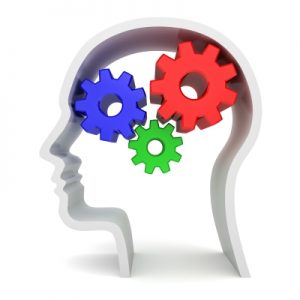 Recency bias is a behavioral mindset in which we place too much weight on recent events. It often tricks our minds into thinking the probability of a recent event occurring again is higher than it actually is. It’s easy to think of instances in many areas of our lives. For example, purchasing flood insurance after a big flood or buying an SUV after a big snowfall. In the investing world, the best example is that of judging one’s overall performance on the last few market moves. You may have found yourself subject to recency bias in the not-so-distant past. This bias is so strong that it even plays a role in what type of foods you will eat next. Can you think of a time when you were impacted by this natural inclination?

How does this affect your money? Recency bias can lead us down the road of unnecessary purchases, especially during the holiday season, but where it can really impact us is in the absence of long-term planning. Since recency bias applies a heavy weight to events that have just occurred, it can lead investors to stray from their long-term plan in times of market volatility. The irony is that it is the times of volatility for which the plan was exactly designed.

Let’s take a look at the case of two investors who chose different paths at the beginning of the year with a $10,000 investment. John chose a CD that yielded a 1% return. Sally chose a stock investment that returned 6%. John saw his account go up slowly and is happy with his 1% return of $100. Sally is upset with her choice because during the course of the year her investment went up 10%, but near the end fell back to a 6% return of $600. Instead of seeing a 6% gain, Sally is disgruntled because all she can think about is the recent decline. She sees her investment as a $400 loss. This is recency bias at work. If her account had started the year down but finished at the same 6%, it’s likely she would have been happy about his account.

This phenomenon can really be a challenge during times of market volatility. It’s during those times that investors are starting to panic and question their long-term plan based on recent short-term “noise.” Unfortunately, being aware of the bias is not enough to combat it; you have to be able to recognize it in your emotions and actions. It’s during these times that your planner is helping you stay on track with your long-term goals by helping you avoid short-term thinking.