Monte Carlo – Not a Car, Casino, or Club

Many investment professionals and financial planners use technical financial terms, such as “Monte Carlo,” but what does that term mean to your portfolio? In a nutshell, a Monte Carlo simulation is a test used to measure the risk that most retirees fear most: running out of money.

According to investopedia.com, the definition of Monte Carlo is “A problem solving technique used to approximate the probability of certain outcomes by running multiple trial runs, called simulations, using random variables.” In simple terms, a Monte Carlo simulation generates many random market scenarios to provide a probability of success for the client. Software providers may generate as many as 1,000 different trials per simulation. The results are usually stated in terms of % probability of success, with a downside case, median case, and an upside case.

The Monte Carlo analysis sometimes comes under scrutiny, especially during stock market crashes like the one in 2008. Remember, financial software is only as good as the data and assumptions that are used. Even when conservative estimations are used, the simple fact is that predicting the future is hard. Software can’t be a substitute for a good plan and ongoing monitoring of an ever-changing environment.

Getting the most out of a Monte Carlo analysis.

Many investors pay attention to only the absolute number that is generated by the Monte Carlo analysis. Results like “You have a 90% probability of success” sound good on the surface and make investors feel confident in the plan. It is a natural tendency to try to increase the likelihood of success, which may result in adding more risk to a portfolio than what was originally acceptable. As a result, the investor is outside of his or her appropriate risk parameters, and when the next downturn happens, he or she may react to market volatility and sell holdings at the wrong time. The irony is that in most cases, small changes to spending during retirement can make larger improvements to the success rate than taking additional investment risk.

Instead of looking at the absolute number generated by an analysis, a Monte Carlo simulation can be better used as a comparison tool between options. If Plan A produces a 50% success outcome, and Plan B produces a 75% success outcome, then Plan B should be considered as a better option if it is based on acceptable and realistic options. Remember that investment analysis is only one piece of a comprehensive plan, and that investor behavior is one of the most important factors in achieving retirement success. 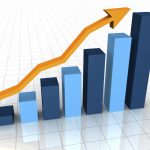