Back-to-School Highlight! Grandma Gave me a UTMA Account. What is it!?

Blog & Social Media   |   College Planning   |   Back-to-School Highlight! Grandma Gave me a UTMA Account. What is it!? 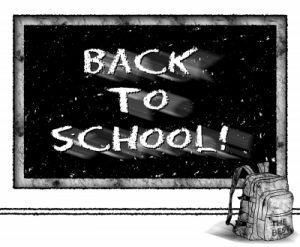 Where did summer go? If yours was like ours, it flew by! Since we’re headed back to school soon, it’s a great opportunity to review a type of account that used to be a go-to option for education savings – the Uniform Transfer/Gift to Minor Act (UTMA/UGMA). UTMA accounts and UGMA accounts are very similar. Of the two, the UTMA is more commonly used, as it is more flexible in the types of assets that can be held in the account. It’s rare to see UGMA accounts today, so we’ll focus our blog on a discussion of UTMA accounts.

The laws that created the UTMA account type were put in place to make it possible for assets to be placed in trust for later ownership by a current minor without requiring complicated and costly trust work. UTMAs are custodial accounts, meaning that the account has a named individual who is responsible for overseeing the management of the assets in the trust on behalf of the beneficiary who is still a minor. A custodian is required because in most states in our country, minors are prohibited from entering into contracts, including the ownership of an investment account. UTMA accounts allow assets to be irrevocably given to the minor, but controlled by a custodian until the minor achieves the age of adulthood in their state.

UTMA accounts have special tax provisions that can make them attractive. Income generated by the assets held in the UTMA account are taxed at the child’s tax rate (also known as Kiddie Tax) up to a certain threshold, which may be significantly lower than the tax rate of the custodian or of the person who placed the assets in the UTMA. But beware: income generated in the account above the threshold is taxed at the parents’ rate.

As alluded to above, UTMA accounts used to be a preferred education savings tool. Recently, however, they’ve been somewhat eclipsed by 529 college savings plans. There are a variety of reasons for the change. First, 529 plans offer advantages over UTMAs in terms of helping college applicants qualify for need-based financial aid. UTMA assets are considered student-owned assets, which count more highly against students. 529 plans, on the other hand, are not counted as heavily in the calculation. A second reason for the preference of 529 plans over UTMAs is the lack of flexibility inherent to UTMAs. Gifts made to UTMA accounts are irrevocable, meaning that they cannot be reversed and can only be used for the support of the minor. Third, the minor is considered the owner of the account at the age of majority in their state, regardless of their mental maturity or financial condition. At that time, custodians no longer have any control over the use of the assets in the UTMA account.

Given the limitations presented by UTMAs, what potential situations may benefit from the use of a UTMA account?

UTMA accounts certainly have value as a tool for financial planning, but it’s important for those who consider opening accounts to fully understand the complicated nature of UTMAs. As always, we suggest consulting with your professional team of advisors before making an investment decision.

Image courtesy of sattva at FreeDigitalPhotos.net